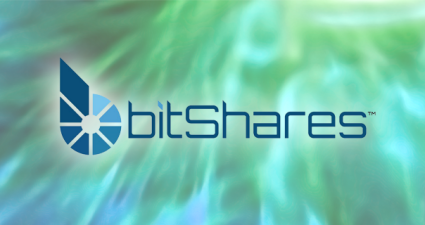 Instant transactions (bitcoins takes 15 – 25 minutes)
Asset Exchange (You can play the currency, stock market, and etc through it)
BitUSD the force of gravity.
A currency that pays you interest to hold.
It Appreciates in Value

It is BitSharesX, bitshares.org.  Why?  Because it has features bitcoins does not have, significant features such as instant transactions (so it can be like Paypal, Visa or Mastercard).  Together these 3 payment systems process $4 TRILLION (trillion) dollars a year).  This is significant as if someone wants to send it to someone else with bitcoins (which each is worth $500 dollars) it takes 15 – 20 minutes.  How then will they be able to process transactions at Wal-Mart (any store). This shows the top cryptocurrencies http:/www./coinmarketcap.com/ (bitshares is 5th in value with $53 million (1.6 cents each).  While Bitcoins is 1st with $4.3 BILLION in value ($300 dollars each).  Bitshares is 6th in volume with $100,000 a day and sometimes $1 million a day which is significant.  While Bitcoins only has $6 million in daily transaction volume.

What else does bitsharesx have?  The Official Asset Exchange.  Why is this significant.  It will be like the NYSE (US Stock Exchange), Nasdaq (US Technology Stock Exchange) this means that people will be able to play the market like buying Google stock through this.

You can own US dollars, and within a few weeks Chinese Yuan (Chinese dollars meaning there will be a big demand from China).  And later EVERY currency in the world.

Furthermore you get interest for holding bitshares.  Meaning its like a currency but it pays you money by holding it. ge or to trade US dollar currency everyone has to have subs of bitshares, like bitUSD, or bitGold, or bitYUAN (Chinese currency).

The Chinese like this a lot.  They are the early adopters but its for everyone, everyone is getting into it.

www.coinmarketcap.com this shows you 450+ crypto currencies.  And Bitshares is 5th  while it is just 4 month old.  Its closest competitor (enemy) is NXT.

Here is some history to put everything into perspective.

5 years ago in 2009 Bitcoins was released.  It was at 1 cent.  You could call it cryptocurrency 1.0 like how Google search engine is Web 1.0.  Then became Facebook (social network) which is Web 2.0.  BitSharesX is crypto-currency 2.0 how so?  Due to its interactive new features and thus Web 3.0?

Now how do you get it?  That is one of the reasons everyone does not have it yet.  Go to https://www.coinbase.com/ if you are in the US.  If you are other places go to www.bter.com .  Try to get some.  Get bitcoins first than transfer them into Bitshares, that is the secret.

This is a huge secret.

Remember the big winners in the stock market, usually forget about there stocks for a while (a year, 6 months, 5 years) and dont look at the daily movement, but plan the game if you want (I am a financial advisor and suggest dont) 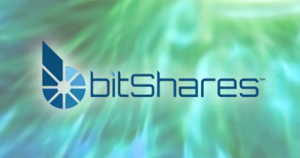 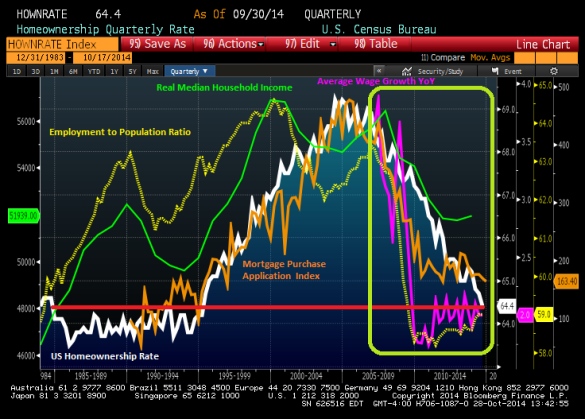 As you can tell from the graph Average Wage Growth has been muted at 2.0% and Real Median Household Income has went down from $56,000 USD to $52,000 USD from 2009 to 2014, a roughly 7% drop. Furthermore, employment as a function of population (a ratio) has went down meaning the unemployment rate is a lot higher than it seems or rather the baby boomers are retiring resulting in a higher proportion (lower rate) of people employed as a percentage of population. These 3 dynamics coupled with a real estate bust that saw prices drop considerably (but now that are picking up and have stabilized) has resulted in a muted real estate market in terms of Mortgage Purchase Application Index, Mortgages being taken out by people and homes being bought. 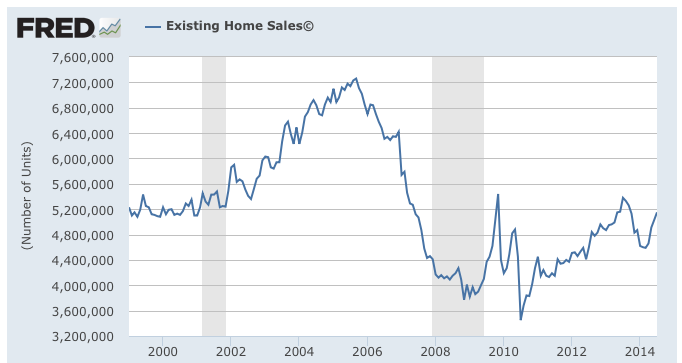 This material has been prepared by Thevalueswan.com . This document is for information and illustrative purposes only and does not purport to show actual results. It is not, and should not be regarded as investment advice or as a recommendation regarding any particular security or course of action. Opinions expressed herein are current opinions as of the date appearing in this material only and are subject to change without notice. Reasonable people may disagree about the opinions expressed herein. In the event any of the assumptions used herein do not prove to be true, results are likely to vary substantially. All investments entail risks. There is no guarantee that investment strategies will achieve the desired results under all market conditions and each investor should evaluate its ability to invest for a long term especially during periods of a market downturn. No representation is being made that any account, product, or strategy will or is likely to achieve profits, losses, or results similar to those discussed, if any. No part of this document may be reproduced in any manner, in whole or in part, without the prior written permission of Thevalueswan.com , other than to your employees. This information is provided with the understanding that with respect to the material provided herein, that you will make your own independent decision with respect to any course of action in connection herewith and as to whether such course of action is appropriate or proper based on your own judgment, and that you are capable of understanding and assessing the merits of a course of action. Thevalueswan.com does not purport to and does not, in any fashion, provide broker/dealer, consulting or any related services. You may not rely on the statements contained herein. Thevalueswan.com shall not have any liability for any damages of any kind whatsoever relating to this material. You should consult your advisors with respect to these areas. By accepting this material, you acknowledge, understand and accept the foregoing.

Please email us and include use the Contact Us page and include your name and email address as usual.
Rate the above article
Follow @thevalueswan

If you would like to contact us about commissions, partnerships, inquiries, chatting, or whatever you want enter the form below.